Is eBay a safe place for sellers? Are their rights fully protected? Let us share our story and describe two incidents that happened in the last month, which made us question the integrity of online marketplaces.

It all began with a PlayStation 4 1TB console. Ordered on 21st of September for next day delivery, the item was pulled out of storage, packed, and sent to ‘golde.pete’ (the customer’s username on eBay). After 5 days, we receive the first message from golde.pete. In fact he opened a return case, claiming that the brand new PlayStation did not work. Usually, when we receive a complaint like this, we are more than happy to accept the faulty item back and offer a replacement to the buyer. However, this particular buyer was not interested in receiving a replacement, claiming he ‘didn’t want to be let down again’. Instead, he preferred a full refund. Nonetheless, we authorised the return request and the process of posting back the item started. On the the 9th of October golde.pete submitted tracking information to eBay showing that the item has been delivered and requested his refund. However, we hadn’t received our PlayStation back. Instead, we received a *lovely* USB fan in its place. 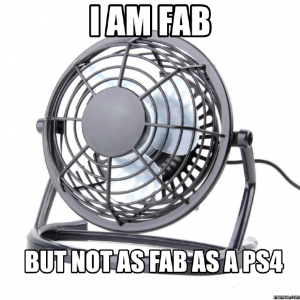 If it weren’t for the CCTV cameras, we would never have been able to prove either to eBay or to golde.pete that the item that was delivered back to us was NOT a PlayStation but a fan and since he had provided all the necessary info to eBay, he would  have both been refunded automatically by eBay and  kept the PlayStation 4 .  Thankfully, having all the evidence we filled an Action Fraud Crime report and we managed to win the case and get the money back.

Peter Forbes and the Empty Box 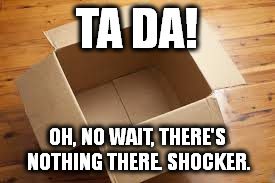 PlayStations and other big-ticket items seem to attract scammers of this nature. Another buyer attempted the same trick as golde.pete later in the same week. He ordered his PS4 with eBay ‘Click & Collect’ so that the item would be delivered to Argos rather than his home address. I would presume that he did this to protect himself when we inevitably report him to the police for attempted fraud. The day the item arrived, he reported it to us as faulty. Again we gave the buyer the benefit of the doubt and offered him a replacement and again the buyer turned us down: this time the buyer had ‘already bought one from Argos’. It’s safe to say that at this point we were suspicious. Why spend another £250 on a second 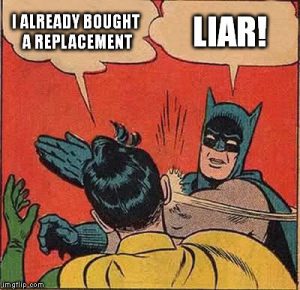 PlayStation 4 before making absolutely sure that you could return the “faulty” item?

The next day we received an empty box in the post bearing the same tracking number that Forbes had provided. A 10x10x10 cm box which is obviously much too small for a PS4. We uploaded a picture of the box that we’d received to the eBay case that he’d opened. No response. A few hours after that, the buyer had closed his eBay case and opened a PayPal dispute instead. The case is still unresolved – we’ve had to explain everything to PayPal again but we’re sure we will be able to keep our money just as Peter Forbes has kept the PS4 so watch this space.

These incidents take place at an increasing rate. Whether they should be called frauds, scams or something else is up to you. The main questions here are the following:

Is the customer always right? And if yes, what about the sellers? Who protects them in a dispute?